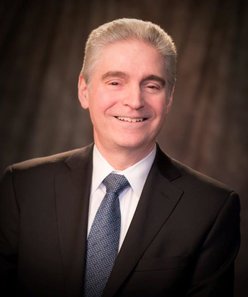 Dr. Michael Salamon received his doctorate in psychology from Hofstra University. He is a Fellow of the American Psychological Association, a Fellow of the Gerontological Society of America’s Behavioral and Social Sciences Section and a board certified Diplomate-Fellow Prescribing Psychologist Register.

Dr. Salamon is the founder and director of the ADC Psychological Services, PLLC, (ADC), a comprehensive psychological consulting practice in Hewlett, NY. He empowers individuals and families to cope with the various psychological challenges that arise throughout the life span. Among his areas of specialization are overcoming the impact of trauma and abuse, substance use and alcoholism counseling, crisis management, child, family, and marital counseling, therapeutic interventions, and gerontology.

Dr. Salamon has worked as the Director of Psychology at St. John’s Episcopal Hospital and Nursing Home, the Chief Psychologist at the Hebrew Home for the Aged in Riverdale, and the Chief Psychologist at the Gustave Hartman YM-YMHA. He is presently on staff at North Shore University Hospital, a division of Northwell Health. He has taught psychology at C.W. Post College of Long Island University, Touro College, and the New York Institute of Technology.

Dr. Salamon is the author of hundreds of articles, many assessment tools including the Life Satisfaction Scale and the Addiction Dependency Scale, and several books, including, Home or Nursing Home: Making the Right Choice and Abuse in the Jewish Community. He has presented more than 70 research and clinical papers at national and international conferences. He is listed in Television and Film Consultants, the American Psychological Association’s media directory, and has appeared on numerous TV and radio shows.